The supply of organised retail has increased by more than 200% since 2010. 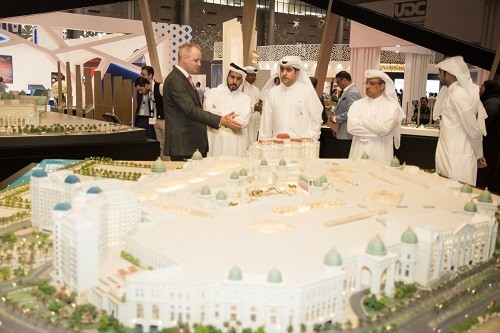 “There is currently a total of 21 purpose built retail malls in Doha, excluding local neighbourhood shopping arcades and standalone hypermarkets. Between them, Doha Festival City, Mall of Qatar and Villagio Mall account for more than 40% of retail accommodation in purpose built malls, providing a total of 565,000 sq m gross leasable area,” says DTZ.

In addition, the consultant notes that the supply of organised retail accommodation has increased by more than 200% since 2010. “While retail supply struggled to meet the demand of the growing population between 2010 and 2015, the completion of more than 600,000 sqm since 2015, coupled with the downturn in consumer confidence has resulted in a changing market dynamic,” says DTZ.

The report mentions that several prime retail destinations have maintained relatively strong performance in recent months. “The quantity of new supply has increased

competition between new retail destinations to secure premium brands in the past year, with incentives such as rent-free periods, fit-out contributions, and lower headline rents increasingly prevalent.”

Outside of the ‘Organised Retail’ sector, the market in Qatar comprises largely of community mini-malls, ‘Al Furjan’ markets, high street showrooms, and traditional souqs. The increasingly challenging market has seen the emergence of turnover rent agreements in some locations, most notably in destinations that concentrate on the F&B sector, concludes DTZ.