Confidence in the real estate sector is on the rise following the successful four-day Cityscape Qatar, which came to an end in April. 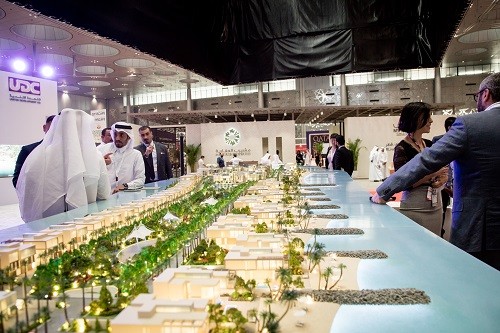 Developers revealed the future of the country at this year’s Cityscape Qatar, showing breakthrough projects set to play a part in shaping the future of real estate in the State of Qatar.

Cityscape Qatar, the country’s largest real estate and investment event in the country, attracted thousands of visitors, investors, and homebuyers looking to avail an array of real estate opportunities from local and international developers.

The show kicked off in April following its inauguration by HE Excellency Sheikh Abdulla Bin Nasser bin Khalifa Al Thani, Prime Minister and Minister of Interior; and over the course of four-days drove confidence in the real estate sector as local and international developers came out in full force to unveil and promote their latest projects.

Local exhibitor, United Development Company (UDC), one of Qatar’s leading public shareholding companies, sold properties worth around QR 70 million. The company created quite a buzz among visitors following the unveiling of Gewan Island, being developed alongside The Pearl-Qatar as part of UDC’s five-year sustainable growth strategy.

According to Ibrahim Jassim Al-Othman, President & CEO of UDC Cityscape Qatar was the perfect choice for the launch of their projects because of the wide audience of local and international investors the show attracted.

“The large number of visitors and the extensive media coverage is a clear indication of the steady growth of the national economy and the growing demand for investment opportunities in Qatar and the resilience of the country's real estate sector,” he said.

Exhibitor Just Real Estate (JRE) recorded sales worth QR 80 million, showcasing properties from its portfolio including Baywalk Tower, and THE e18teen. In a company press release, JRE Chairman, Engineer Nasser al-Ansari said: “We are witnessing a transcending interest in the real estate segment thanks to a series of policy-driven decisions that increased the appetite of investors and stakeholders in fetching new opportunities in the State of Qatar.”

Ezdan Holding showcased some of its mega projects including Ezdan Oasis and Ezdan Palace. While Qatar Rail showed the future of transport in the country, showcasing its Transit Oriented Developments (TOD), mixed-use, pedestrian-friendly developments around rail transit stations that act as community hubs with easy walkability, minimal parking that will enhance public transport use.

The exhibitor also signed several high-level agreements at the show, including the signing of its first naming rights agreement with Qatar Insurance Group.

While local developers were out in full force, Cityscape Qatar also saw a strong presence from Turkish exhibitors who displayed projects from across Turkey in the residential, office, commercial, and hospitality sector.

“The immense success of this year’s show can be attributed to the attractive payment structures offered to visitors and potential homebuyers and confirms that the appetite for property will continue to rise fuelled by developers launching new projects which speaks to the needs of Qataris,” said Faariss Khalil, Exhibition Manager at Cityscape Qatar.

To find out more about Cityscape Qatar 2019, please visit:www.cityscapeqatar.com.