Welcome to the December edition of the Cityscape Qatar newsletter. In our last edition for 2018, we look at government updates; earlier this month the government made a draft decision to form a committee to regulate non-Qatar ownership and use of real estate. We delve into the proposals. We also get an update on the residential market, looking at how demand is expected to be generated following completed projects prior the FIFA World Cup. 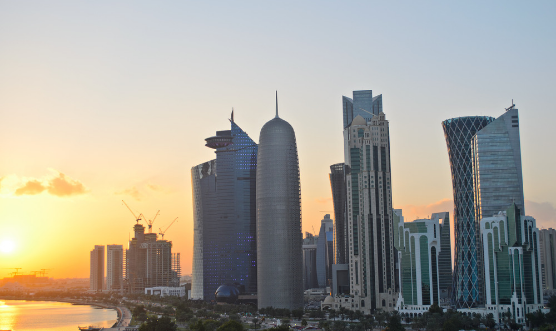 Early this month, the government Cabinet made a draft decision to form a committee to regulate non-Qatari ownership and use of real estate.

According to Gulf Times, the draft included the formation of the committee headed by a representative of the Ministry of Justice with the membership of representatives of the authorities concerned.

The committee will be tasked with following according to a report by Gulf Times:

1. Proposing areas where non-Qataris are allowed to own and use real estate

2. Proposing the terms and conditions of non-Qatari ownership and use of real estate

3. Proposing the benefits, incentives, and facilities granted to property owners and non-Qatari users

4. Proposing fees and services in the areas determined by the Cabinet

5. Any other functions ordered by a decision of the Council of Ministers

Looking at the real estate market, according to DTZ, residential rents have remained stable in Qatar over Q3. West Bay and the Pearl-Qatar have typically dropped by 10% to 15% over the past 12 months, with rent-free incentives of at least a month available on the majority of new leases. The drop in rent – according to DTZ – has restored a sense of affordability to the prime residential sector, following several years of escalating rents. Demand is expected to be generated by those in the service sector such as completed construction projects prior to the FIFA World Cup. Developments such as ‘Ezdan Oasis’ in Al Wakrah now provide modern master-planned residential neighbourhoods catering for this demand.