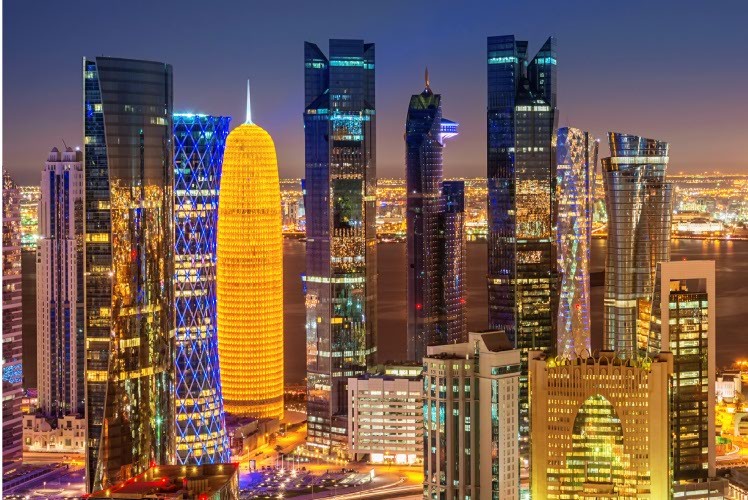 Qatar’s robust real estate sector illustrates the prominent role that the sector will play in achieving the country’s long-term goals.

In March, Qatar’s population reached over 2.6 million, with an annual increase of 5.2% compared to the same period last year.

The Ministry of Development Planning and Statistics also revealed that a total of 2,072 babies were born in Qatar and there were as many as 370 marriages in March alone. In addition, Hamad International Airport (HIA) recorded an increase from last year, with a total of 1,605,000 arrivals in March – an increase of 5.3 % – compared to the same period last year.

These demographics signify good news for the country’s real estate sector, especially as Qatar looks to intensify tourism efforts and boost its real estate industry – an industry widely considered one of the country’s most robust drivers of non-hydrocarbon growth.

Industry experts and authorities understand that the real estate sector plays a pivotal role in contributing to a diversified economy and a thriving country in the face of the oil price situation. In fact, it’s the reason why Qatar’s National Vision 2030 marks the transformation of Qatar from an emerging economy to one that’s maturing and diversifying. For Qatar, the transformation process has already begun.

Per Coface, a trade credit management solutions and risk information services provider, in 2017, the non-oil and gas economy will be mainly driven by the construction and services sectors. The construction sector remains one of the leading beneficiaries of the Qatari government’s investment policy for the FIFA World Cup 2022, especially as the country finds itself in the throes of a construction boom ahead of the World Cup. With multi-billion dollar projects in roads, transport, stadia and various other attractions – the country is attracting a slew of domestic and foreign investors who are eager to tap into the potential of the country.

Meanwhile, the biggest driver for the residential market in Qatar has been a rapidly increasing population, says General Manager of DTZ, Edd Brooks. “The population increased to 2,597,453 in December, a 7.6% year-on-year increase. We understand that a significant portion of new residents are construction workers, placing a demand on low-cost and labour accommodation, rather than high-end or mid-sector housing,” he says.

The 1st Quarter Review 2017 by ValuStrat, which delves into Qatar’s real estate performance, notes that the country has added about 1,500 units to the market for 2017 Q1. Comprising about 17% villas and 83% apartments, with the pipeline of real estate projects consisting of new residential projects in Lusail, The Pearl and Al Sadd. In its report, ValuStrat also
revealed that an estimated 5,800 units will be added to the market at the end of the year.

Some of these projects were unveiled at this year’s Cityscape Qatar, held in March. This year’s successful exhibition revealed the prominent role that the real estate sector will play in achieving the country’s vision for 2030.

Coupled with this, the establishment of special economic zones has also attracted both foreign and domestic investments into the country. Qatar Financial Centre and Qatar Science and Technology Park are among these economic zones.